The warm seasons are approaching and island resorts will be on top of everyone’s radar. Kish Island, located in the Persian Gulf close to Qeshm Island, is Iran’s most popular island resort and the fourth most popular tourist destination in southwest Asia.

Kish tourism owes this popularity to a few factors. Kish, alongside Qeshm, is a free-trade zone. This means tourists are not required to have any visa when coming to Kish, as long as they are not going to stay more than 14 days. It also means that almost all goods are cheaper to buy in Kish compared to other non-free-trade zones.

What really makes this island “the pearl of Persian Gulf” and a wildly popular tourist destination, however, are its numerous attractions and recreational facilities. Let’s take a look at some of the most popular attractions that contribute to Kish island’s booming tourism. 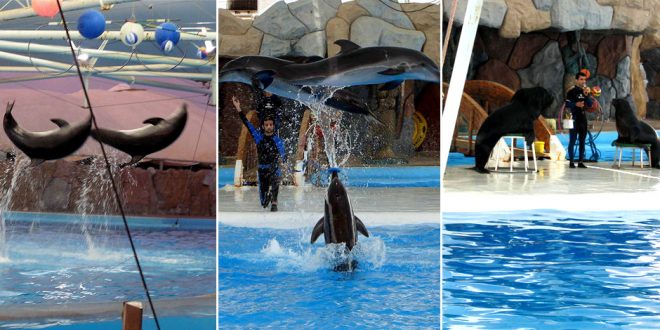 The Kish Dolphin Park is a 100-hectare massive entertainment park located in the southeastern part of Kish island. It hosts over 20 types of sea mammals, including dolphins, sea lions, catfish, walruses, and penguins. There are buses inside the facility which you can take to visit the different parts of the park, including the dolphinarium, the bird park, and the different pools which host different sea mammals. If you like animals, you should certainly give this place a visit.

The Greek Ship is a 75-year-old cargo ship that has been beached in the wester part of Kish Island since 1966. It has become a major Kish tourist attraction in recent years, where hundreds of people gather on the beach to watch the beautiful view of the sunset in the evening. 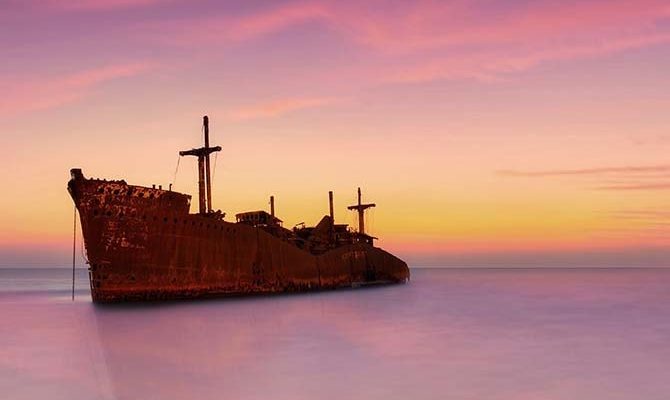 The sunsets are a scene to not miss in the Greek Ship beach.

There is a wide range of facilities in the Greek Ship beach, including Iranian and Lebanese restaurants, coffee shops, and bike rentals. If you like picture-perfect scenes, picnics and socializing with the Iranian people in a very peaceful environment, the Greek Ship will surely be a memorable experience for you.

The Ocean Water Park is the first themed water park in Iran that was opened in January 2017. This outdoor park is themed around the story of the Mystery of the Sun Castle, implemented by the Disney legend and veteran architect Ahmad Jafari. 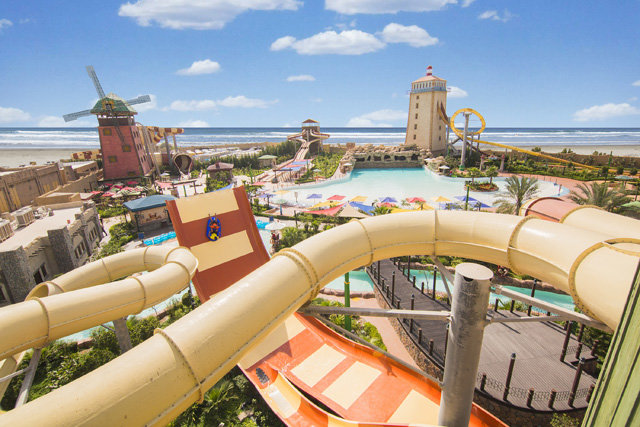 The theme park employs over 400 staff and contains 13 rides, four swimming pools and one spa in addition to two restaurants, four beverage stops and coffee shops and two shopping areas. In the first six months after its opening, the Ocean Water Park set new records in Kish Iran tourism by attracting over 80 thousand tourists.

Not many people travel to Kish for its historical attractions, so it surprises them to know that Kish has one of the oldest underground cities in Iran. The Kariz Underground City, Kariz literally meaning Qanat or aqueduct, was build over 2000 years ago by the inhabitants of the Harriyeh city in order to collect pure water. 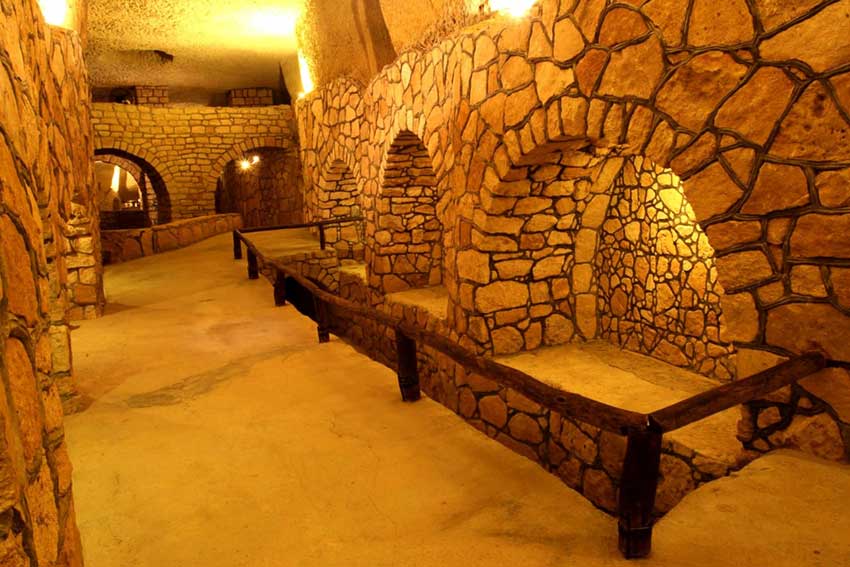 Once inside, take note of the coral ceiling which holds ancient fossils of fish and shells that are said by locals to be from millions of years ago. It is also interesting to know that Kariz has a steady cool temperature in all seasons, never going above or below 22-25 Celsius.

Paying even a small fee for using something like the beach might seem unnatural. The Kish Ladies’ beach, however, is one of the best of its kind in the middle east.

This preserved women-only area provides one of the cleanest areas in Iran for women to swim and relax in the beach. Upon entering, you can leave your stuff in a locker, which you can recover later on your way back. There are also multiple showers to use after you are done. Overall, this is one of the best women-only beach facilities in the middle east.

If you are visiting Kish Island, make sure to give our website a visit to book Kish hotels at a discounted price!